Nutrigenomics is an exciting new branch in the field of nutrition and dietetics. It has been nicknamed precision nutrition because it’s able to optimize health-related outcomes by looking at how a person’s genetic make-up influences how our body responds to our diet. Let’s do a brief primer on genetics and then we’ll get to the fun stuff!

The Human Genome Project which was an international research project to determine the DNA sequence of the entire human genome, became a spring board for the field of Nutrigenomics. Nutrigenomics sets out to assess how our genes interact with the bioactive components of food to either help or harm our health. (1)

Each human cell holds most of it’s DNA in the nucleus. DNA is composed of four bases or nucleotides; A, G, C and T. DNA is stored as chromosomes and humans have 46 chromosomes, 23 inherited from their mother and 23 inherited from their father. Genes are regions of DNA and each gene holds instructions to create amino acids and proteins. The Human Genome Project determined that humans have approximately 20,000-25,000 genes. (2)

Genetic variation can occur in several ways. The most common genetic variants are called single nucleotide polymorphism or a SNP (pronounced snip). This means that one base is different from the most common form. Depending on the genotype, the gene may interact with the food you eat to have an increase, no effect on or a decrease on a certain health outcome.

Let me provide you with a few examples from my nutrigenomics report to give some clarity.

1.      I possess the GA variant of the CYP1A2 gene which is the gene responsible for the metabolism of caffeine.  Because of this I am what is classified as a “slow metabolizer” of caffeine and I have an increased risk of high blood pressure and heart attack if I consume more than 200 mg of caffeine daily, which is approximately 2 small cups of coffee.  Prior to receiving the results of my genetic test, I easily consumed close to 400mg of caffeine per day. I now limit caffeine consumption to no more than 200 mg per day in order to reduce this risk. Pretty cool, right?

2.      I also possess the GA variant of the ACE gene. This gene is responsible for encoding the enzyme that converts angiotensin I to the active angiotensin II which controls blood pressure and fluid and electrolyte balance. Because of this, there is an increased risk of elevated blood pressure when my sodium intake is high. I am trying (this one is hard!) to limit sodium consumption to 1500 mg per day which should help to reduce the risk.

3.      I have the GA variant of the UCP1 gene, which means my resting metabolic rate may be approximately 150 calories (about 10%) lower than those with the typical risk variants. This is about 10% less than people with the typical risk genotype. I’ve always known that it is challenging for me to lose weight and now I have one reason why. I am trying to work to expend an extra 150 calories more per day through exercise above what I used to do. This has helped to stall midlife weight gain for me, at least for now!

The company that I work with and had my testing done through is Nutrigenomix. The tests analyze 45 genetic variants with research published in peer-reviewed journals. I found out about a total of 15 SNPs that I possess that have actionable personalized nutrition and lifestyle goals to support my health. I am an approved provider with Nutrigenomix. If you are interested in pursuing your own Nutrigenomics testing, contact me at tamibest@promiseofvitality.com 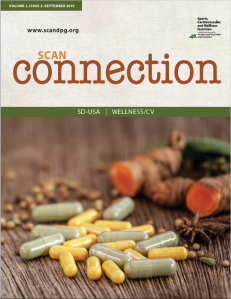 The information and services provided by Tami Best MS, RDN, CDN and this website are for educational purposes only and should not be used as a substitute for medical care. All medical information should be used in consultation with your physician and other healthcare providers, before starting any weight loss plan, diet or exercise program. Tami Best, MS, RDN, CDN, IFNCP is not responsible for the contents or products of any or all links made from and to this site by a third-party site. Promise of Vitality disclaims any liability arising directly or indirectly from the use of this website and/or services.